“Only a monster could have done this. In all my judicial career, I have never heard a case such as this. It is shocking beyond human imagination. It is atrocious and disgusting. I can’t imagine a human being doing this. The devil must be inside you.”

It’s funny how some stories you grow up hearing about in this city, and others you don’t. Growing up, we were always warned about the clown. The clown became almost an urban legend growing up, rumors of a man in a van who would drive up wearing a clown costume and hit you over the head and whisk you away never to be seen or heard from again. 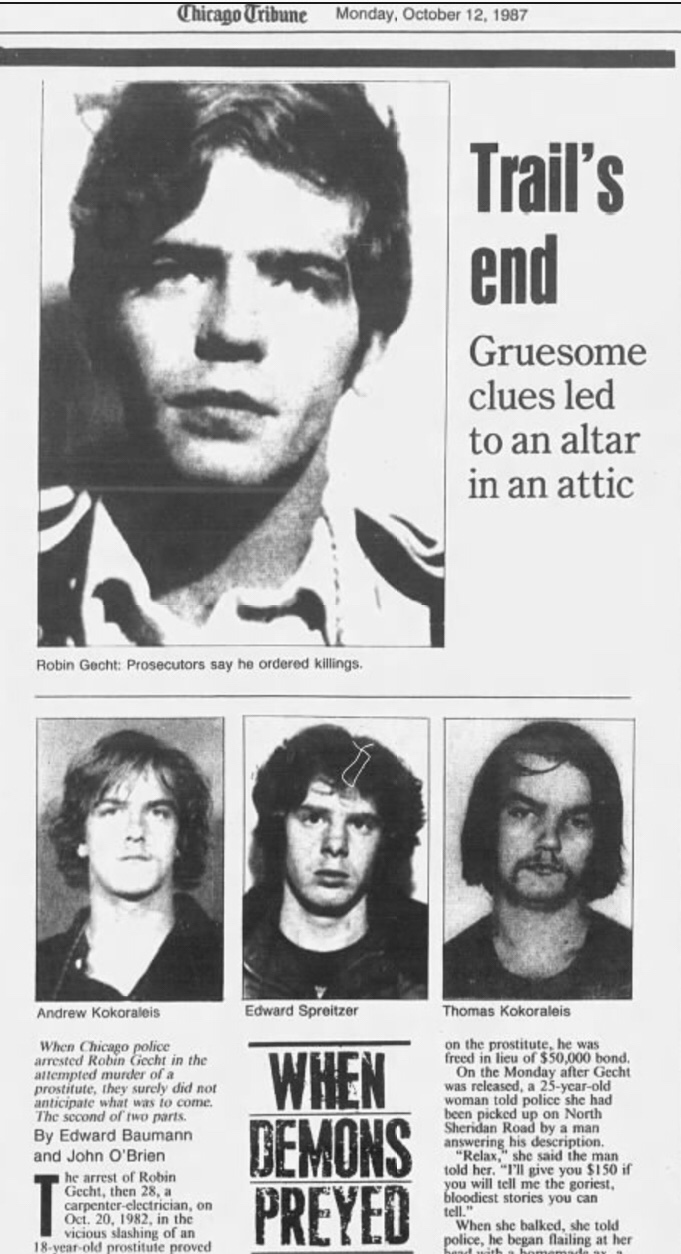 When I got older I learned about John Wayne Gacey and assumed that’s where the urban legend came from. Beyond that kids in this town always knew to watch out for men in creepy vans. I assume it’s the same in most towns, likely because so many killers have taken a liking to these large passenger vehicles that don’t really allow much space for other drivers or people on the street to see what is going on in the back. There’s this unnerving fear behind the white van, my friends and I would call them the “white serial killer vans” when we would see them drive by and then we would laugh it off, perhaps a nervous laughter knowing somehow that there was some truth to it, that some people had been taken, tossed in the back of a van and never seen again.

That’s what happened to many women in the Chicago-area around 1981 and 1982. They weren’t taken away in a white van, but a red van, and not by a clown, but by four men. It’s a case I never really learned about until recently when I started reading about anguished families of victims fighting to keep a murderer in prison.

We don’t know how many women were taken, tortured, raped, mutilated and killed by Edward Spreitzer, Robin Gecht, and Andrew and Thomas Kokoraleis, also known as the Ripper Crew. 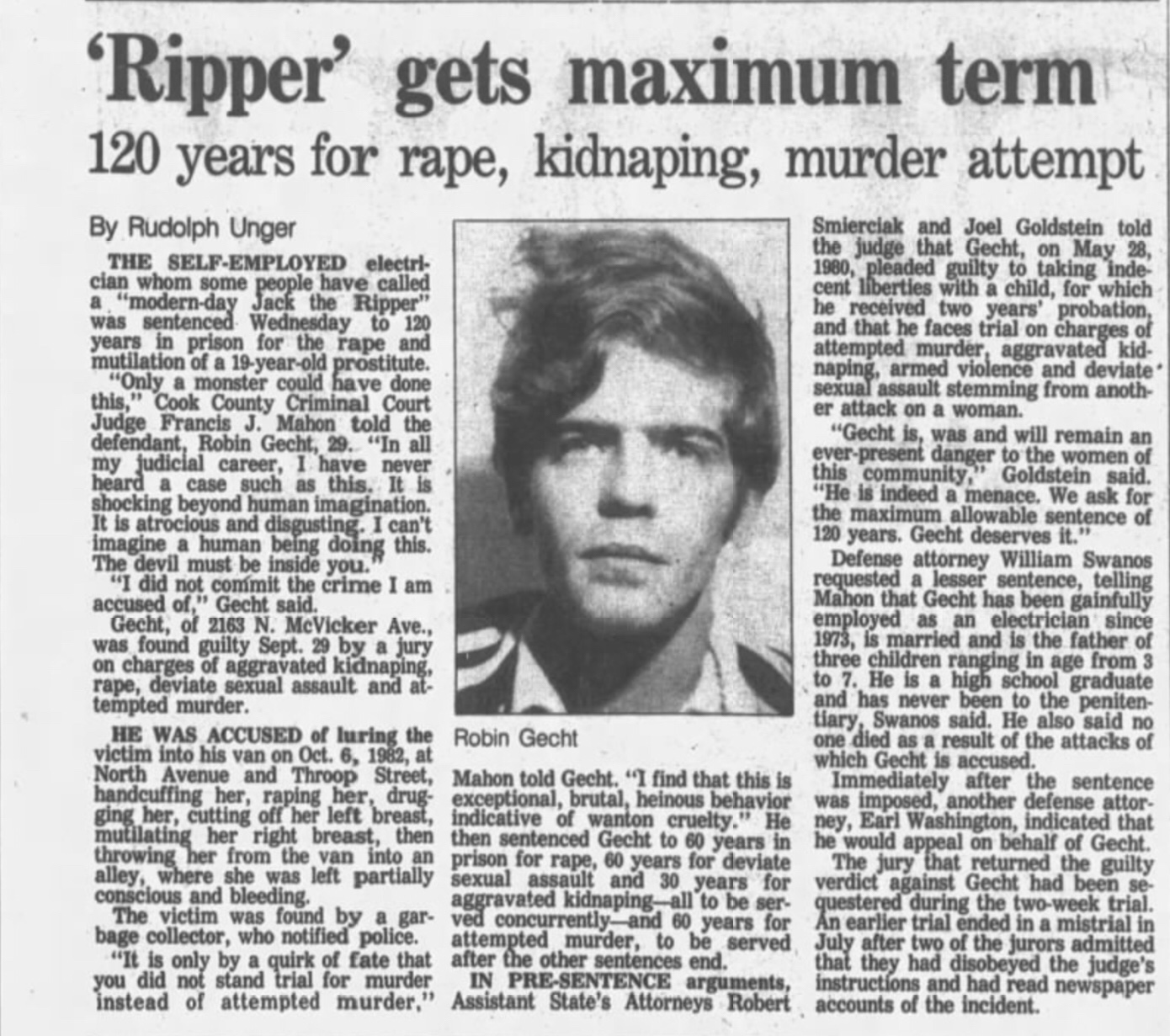 On May 23, 1981 Linda Sutton was kidnapped. Days later her battered body was found in a park, face down, her left breast had been removed and she was handcuffed. It’s believed the Ripper Crew did not strike again for another year when Lorraine Borowski disappeared. Her body was found five months after she went missing.

More bodies of women throughout the Chicago area were found dumped, and mutilated – missing their left breast. Some women were beaten so severely with an axe to the face that identification became difficult.

In December 1982, Beverly Washington escaped her attackers, after she too had been beaten and mutilated. She described being taken to a Northwest side home where she was tortured in an upstairs attic. She then said her attackers used a wire garrote to wrap around and remove her left breast. She gave a description of the van she was taken in to authorities and that lead them to Robin Gecht.

Coincidentally, Gecht had once been employed by John Wayne Gacey. There is nothing to connect him to any of Gacey’s crimes however. 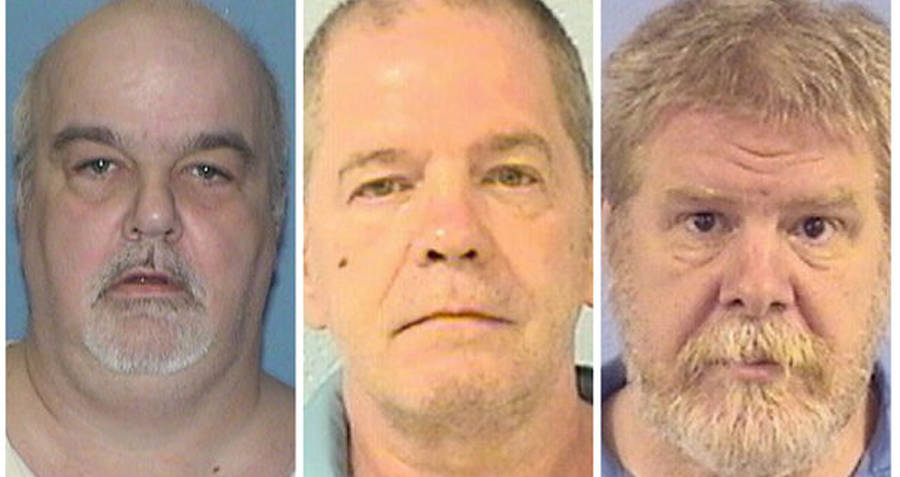 The Kokoraleis brothers confessed to their crimes, but Gecht maintained his innocence.

Andrew Kokoraleis was sentenced to death and died by lethal injection on March 16, 1999.

Edward Spreitzer was sentenced to death, but his death sentence was commuted to a life sentence in 2003 when all death sentences ended in the state of Illinois.

Robin Gecht is eligible for parole in 2022. 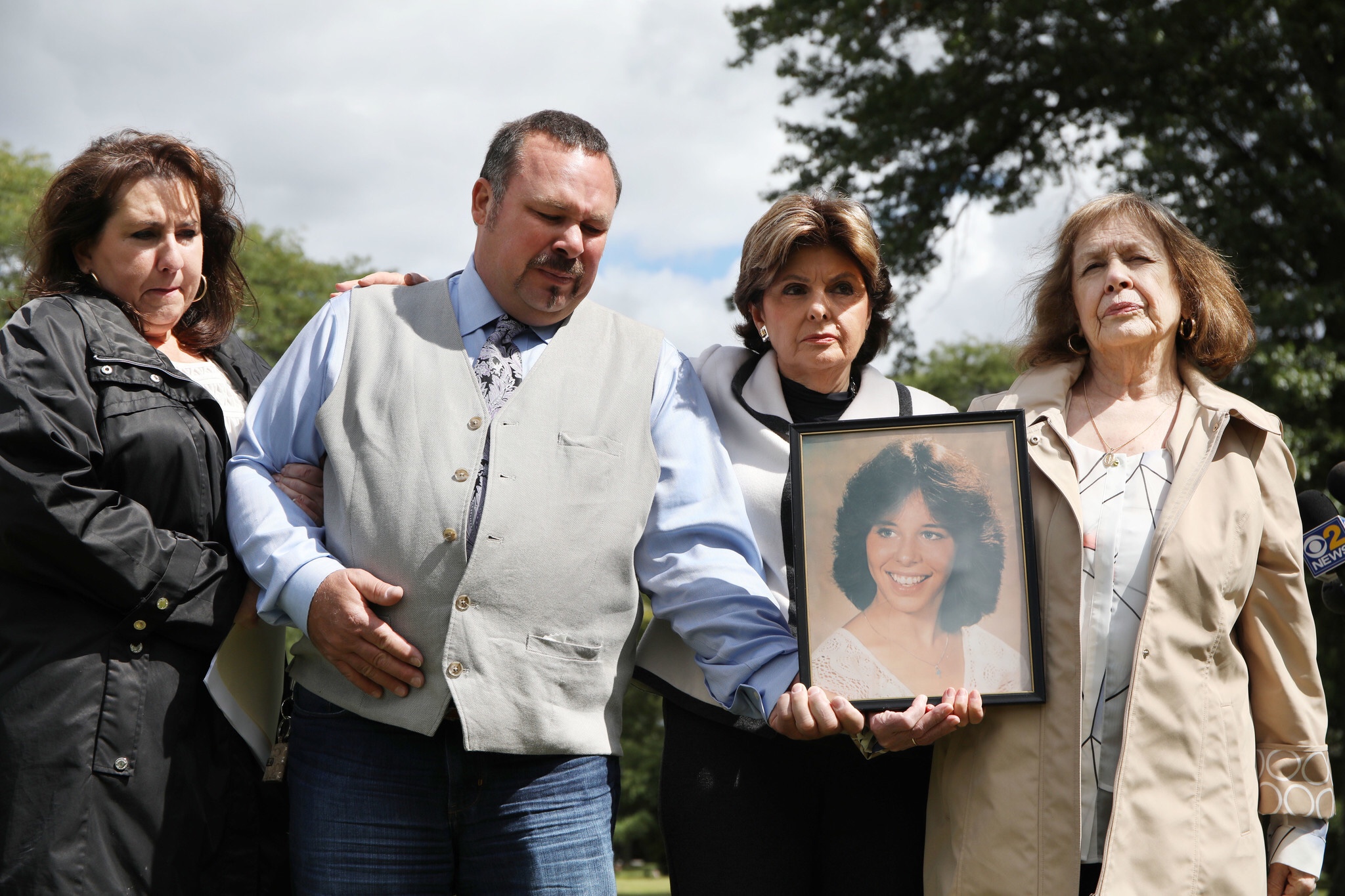 The family and friends of Lorraine Borowski with their attorney Gloria Allred.

Ultimately, we don’t know how many women the Ripper Crew killed. The families of their known victims are however engaged in a fight with the state to keep these men in prison. 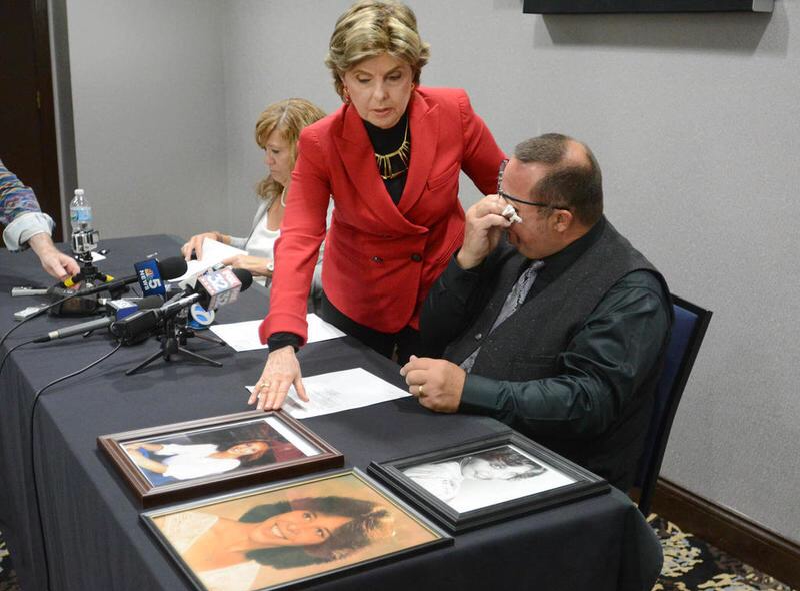