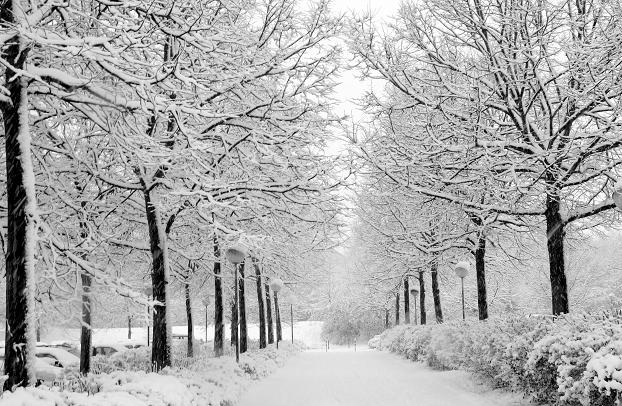 In Martin Shelby’s short story, “Missy,” the wintery dark months can sometimes bring out darker things. For some, there is protection, at a price. Do read.

Born in Missouri, Martin developed a love for dark fantasy and horror as soon as he could read. He enjoys billiards, RPGs, like World of Darkness, and an occasional foray with an Xbox when he isn’t writing. He has had work published in The Horror Zine and will be featured in the forthcoming Pathfinder Chronicler Anthology vol. 2.  For more of Martin Shelby’s work visit http://gemininight.wordpress.com/.

Do you believe we are sent guardians to protect us in this life? I do.

Mine was a German Shepherd named Missy. That’s why I pulled out this old photo album, to show you her. Here, see? That’s her. That’s me standing there in the snow all bundled up in blue. Hell, I must not have been more than four when this was taken. Really towers over me, doesn’t she? She was with the family before I was born, and I never thought to ask where or why they got her. She was just another part of my existence. Father. Mother. Brother. Missy. It was as natural as I could imagine. Who can say why she took to me, but there was no denying that from the moment I came into the world I was hers, and she was mine.

Missy wasn’t a cuddly type of dog. She wouldn’t even let other members of the family touch her with her knowing. That was only for me. She followed me to the school bus stop at the bottom of the hill every morning, and she was there when it belched me back out safely home. During the summer she followed me on all my adventures with my friends. We would sometimes play hide-and-seek with her, but of course that was a joke unless the others hid with me. They were nothing to her. I was everything. And I’m sad to say there were times I grew annoyed with her, because she was always right there. Given my youth I didn’t always fully appreciate what I had until it was lost.

The trouble started in the winter of 1977. My friend Steven and I were all caught up in the space bonanza that was Star Wars. The movie hadn’t reached the theater in our small town until late that summer, but it resonated to our very cores. But it wasn’t science fiction that would rule that winter, but something darker, something of nightmare.

Missy was an outdoor dog, by and large, and my dad left the board off the entrance to the crawlspace leading under the house during the winter so she could escape the cold. But there were nights, cold nights when I felt sorry for her, that I could sometimes convince them to let her stay in my room. It was the first snowfall of that year, and we all knew it was coming and so Missy was posted prone at the foot of my bed. Her eyes were closed but her ears were pricked, tiny radars on constant alert. The powder didn’t start to fall and blow until well after dark, and I lay in bed watching it until sleep took me over.

I woke to a low rumbling sound, rising and falling. It took me a moment to realize it was Missy growling. Her body was tense, her eyes fixed to my bedroom window and teeth bared. I had never seen her growl or threaten another person or animal that way. But at that moment she looked the breed, fierce and protecting. I wasn’t really afraid as I peered out into that invisible black and white nothingness beyond the window, because I was inside and Missy was there, and at the same time I was afraid, because something was out there, just outside the window. Something dark against the darkness, and it moved. I screamed. Father rushed into my bedroom, but it was too late by then. Something dark was gone.

I told my Father the next day that something was outside my window. I didn’t tell him it was a thing, dark and wretchedly evil, because I knew adults don’t believe in monsters. We still went to look, though. You couldn’t dismiss the possibility of a prowler, even in a small town like ours. The snow didn’t stop until early that morning, but I could still see the tracks there in the snow, long slender treads topped off with severe talons. But Father couldn’t see them, not at all. I told him something moved outside the window. He told me it was only the branches of the maple tree. But Missy knew they were there, and her muzzle, which now showed the first signs of age, lingered over the prints, nostrils flaring and drawing in the essence of what had been. And when I showed the tracks to Steven, he was able to see them too, because children believe in monsters.

Three days passed without incident. Almost enough time to forget, almost enough time to convince myself that maybe I had imagined it. Those three days the sun hovered ineffectually in the sky while the air remained bitterly cold. The deep snow that had freed me from school glazed over with a paper-thin coating of ice, so my feet crunched through it each time I took a step. Those three nights Missy refused to come inside and stay with me. And I knew why. During the day I could almost convince myself that I had imagined it all, but at night I knew she was outside, watching and guarding. Waiting for the dark thing to return.

That third night, the night of the silver moon, the plenipotent moon, it returned. I could hear its footfalls, driving through the crusty snow as it approached my window. I could see its dark form moving against the white dark outside, brushing underneath the tree and knocking snow from brittle branches. Its mouth, fanged and awesome, hissed against the glass, its breath frosting the pane. Its eyes swirl, vast reflections of silver light split through with yellow and red. It wanted me to go outside, and I felt it drawing me, rising me from my bed, because monsters have power over children we can’t explain. Its claws screeched along the windowsill in anticipation.

Then it was hit by a fast, growling mass that lunged into its dark body, tearing and shredding. Pulling out chunks of darkness that drifted and dissipated into the chill air. The spell on me breaks, and I am afraid again, but not afraid because Missy is there to protect me. The Unspeakable is driven back, howling a sound drawn from the cold depths of space and time, as it is forced away by Missy’s relentless attack. Then its silvery ominous eyes part, watery pools that sift down to the snow ready to claim its own.

My parents believe Missy tangled with another dog in a fight that night. It took her two weeks to recover. One eye was swollen shut, and she had a pronounced limp in her hip the rest of the winter. She seemed tired and old.

Four years passed. A few years older for me, a quarter of a lifetime for Missy. The gray hairs around her muzzle were prominent now, and most of the color had faded from her once black nose. But she stayed with me, always as much as she could. And I was wiser. The past was only the nightmares of childish dreams, and I slept through the winter nights in peace, because I knew there was no such thing as monsters.

Winter caught us hard that year and off our guard. The snow came that night in heavy wet clumps. Father forgot to remove the board from the crawlspace, and the next morning we found Missy dead in the back yard. Too cold, Father said. Too cold and too old. I cried. I cried as if I had lost my best friend, and I had. And I cried because only I could see the tracks tipped by daggerish talons surrounding her body, and how they had retreated, one foot dragging, away through the snow.

That was seventeen years ago. A child’s nightmare and an older child’s sorrow. Time dampens memory, it eases fear and hurts. And I had forgotten. Almost. I’m a grown man now, not a child, and I don’t believe in monsters. Not until a few nights ago, when the snow fell hard and sticky. Until I saw something dark outside my window in the snowy black space, breathing and hissing.

That’s why I bought a dog, another German Shepherd. She’s over there on the floor asleep now, even though I know, right this moment, it’s outside the window. Don’t get me wrong. She is a smart, good dog as far as the breed goes, but she is no Missy. We don’t belong to each other, we only live together. And I’m afraid now, and more afraid because Missy is not here. And now there, do you hear? The claws dragging across the windowpane. See how its silvery eyes beckon?

It wants us to come outside.