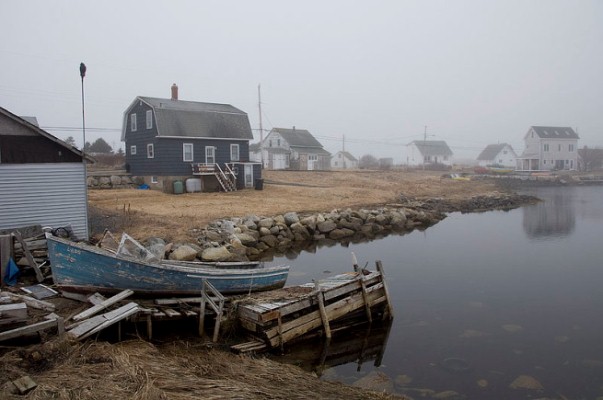 Your parents told you to beware of strangers. Did they ever tell you why? Read C.G. Fewston’s This Moment is Your Life to find out why.

C.G. Fewston is a working writer/university professor. Born and raised in Texas, Fewston graduated from Howard Payne University with a B.A. in English. After receiving his first Master’s degree in Education for Higher Education Leadership and Administration (honors), he received his M.A. in Literature (honors) from Stony Brook University in New York where his thesis “An Unnatural Demise” was nominated for the Deborah Hecht Award (2012). While a Seawolf, Fewston was a member of University Scholars and also the National Society of Collegiate Scholars (NSCS). He received his M.F.A. in Creative Writing and Fiction from Southern New Hampshire University, where he is proud to be a fellow Penmen.

Among many others, he has contributed several short stories, photographs and essays to Bohemia, Tendril Literary Magazine, Driftwood Press, Shandy Pockets, Nature Writing, The Writer’s Drawer, Moonlit Road, Travelmag: The Independent Spirit, and Go Nomad. He is also a contributor to the Ho Chi Minh City’s premier English newspaper, Tuoi Tre. He had a Highly Commended short story “Lazarus, Come Forth!” in the Tom Howard Short Story, Essay, and Prose Contest, 2009.

This Moment is Your Life

The side streets of the rural town were dead in the late afternoon. In the shadows of one building a fat balding man sat, cigarette dangling between his tight little lips, smoke further obscuring his face as he stared down into several baskets at his bare feet.

The doorway was empty and then there was a little girl standing, squinting at the old man seated in the darkness by his wooden table. The little girl’s figure was small and strong and in her hand was a small rope that held three medium sized fish. He knew she could see the orange glow of his cigarette but little else. She stood staring into darkness and he sat looking out at the light.

The little girl coughed into her fist and held up her fish and asked, “Fish, sir?” Nothing happened. The fish swayed a little from the yellow rope, eyes bloated from the heat and death. Again she spoke, “Fish, sir? Do you want to buy my fish?”

The man raised himself up from the table where he had been sitting, removed the cigarette from his mouth, and walked over to the doorway. His dirty bald head, brown and wrinkled, stuck out of the darkness and into the bright light of midday. He squinted down at the little girl and replied, “Fish? You want to sell me fish?”

At the clarity of the man’s question the young girl’s eyes became a little confused and she replied again with her fish still hanging between them. “Do you want to buy my fish, sir?”

The old man looked at the three scrawny fish and then toward the body of the young girl. Her hair was short like a young boy’s, her chest and arms and legs all lean and brown from too much sun.

“Well, why don’t you come in and I will see about your fish.” The old man half-turned back to go inside when the little girl’s “No!” bellowed back at him. He turned and faced her and asked, “What? Do you want me to buy your fish or not?”

“Then come in and I shall pay you.” The old man said.

“Again the little girl repeated, “No.”

This time the old man became irritated and stepped out of the house and into the bright street. His eyes became very small and he shielded them with his hand from the sun.

“What do you mean?” He asked the little girl, leaning down and almost touching her face with his.

“I mean for you to buy my fish. To buy them here. Not there.” Her free hand, the one not holding the fish, pointed into the darkness.

“Of course I do.” The old man took a drag of his still smoldering cigarette and continued, “Well, you see, darling, my money is there on the table, and if you come inside I will give it to you, and you shall be paid nicely for those fish of yours.” The old man’s eyes searched the empty street.

The old man laughed to himself and said, “Very well then,” and went inside. The darkness consumed his figure and after a few minutes he returned with several wrinkled bills in his hand.

“Here you are,” he said. “Is this enough for all three fish?” The old man gave the money to the little girl and she inspected it to see that indeed the money was a great deal more than what he believed she had hoped for.

“Yes, sir,” she said with a smile. “Here are your fish.” She held out the three dead fish and the old man took them. He stood in the doorway, between darkness and light, holding a cigarette in one hand and the lifeless fish in the other. The little girl pocketed the money and said, “Thank you!” She ran up the street and out of sight.

The old man looked down the street and said, “Smart girl.” He then threw the dead fish into the vacant street where a few scavenging dogs began to eat. He went back inside, sat down in the darkened room at his table, lit another cigarette, and his eyes grew wider when he glared out the lightened doorway at a little boy or girl crossing in front of his door. He listened for their laughter and watched them play in the glowing light.

After a time the old man said, “Smart girl.” And then he reached down into a basket by the table and picked up a bloated head that had once belonged to a little boy.  He placed the object onto the table and tried to blow the flies away from the eyes and mouth with smoke. He leaned close to the lips, stared and whispered slow and smooth, “Smart girl.”