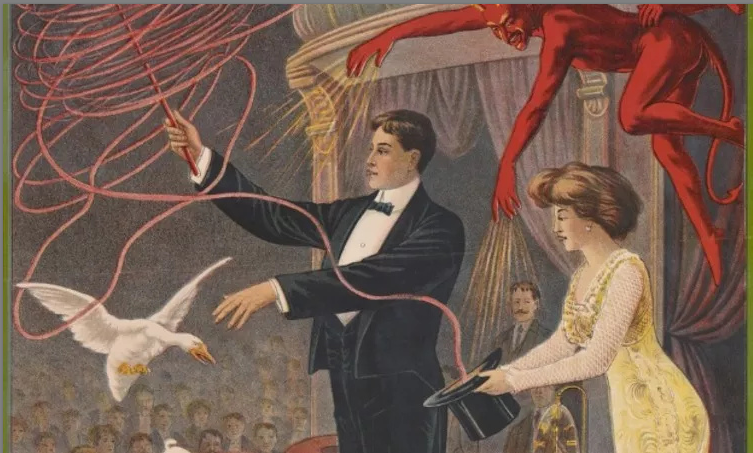 It’s the magic word of conjurers and magicians. Today, it’s often associated with stage magicians, and it’s typically uttered in jest, Abracadabra. However, the word abracadabra has a complex history. The origin of the actual word is unknown. Some believe that it came from the Aramaic words Ab (Father), Bar (Son) and Ru’ach Acadach (Holy Spirit). There is evidence of the word abracadabra being used by Cabalists in the second century CE to ward off negativity and evil spirits.

During the Middle Ages, a protective amulet with the word ‘abracadabra’ written as an upside down pyramid was worn around the neck. The word was written out eleven times, first the full word, followed by an instance with one letter being dropped each time. These amulets were often written on paper and were thought to cure fevers, toothaches and a variety of illnesses, bad luck, and were thought to protect against the plague.

After wearing the amulet for nine days it would be discarded over one’s left shoulder before the sunrise into a stream, preferably that flowed west to east. The left side was used as it’s believed the left is related to the Devil, and the west to east water flow was believed to symbolically carry evil and replace it by the good created by the rising sun.
In addition to wearing the amulet, some people also believed that simply saying the word abracadabra out loud could summon supernatural energies. 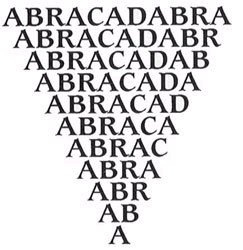 So, the next time you feel evil energies creeping up on you, or you feel the hot breath of the Devil on your neck just utter the magic word Abracadabra! And poof, all evil will be vanquished.