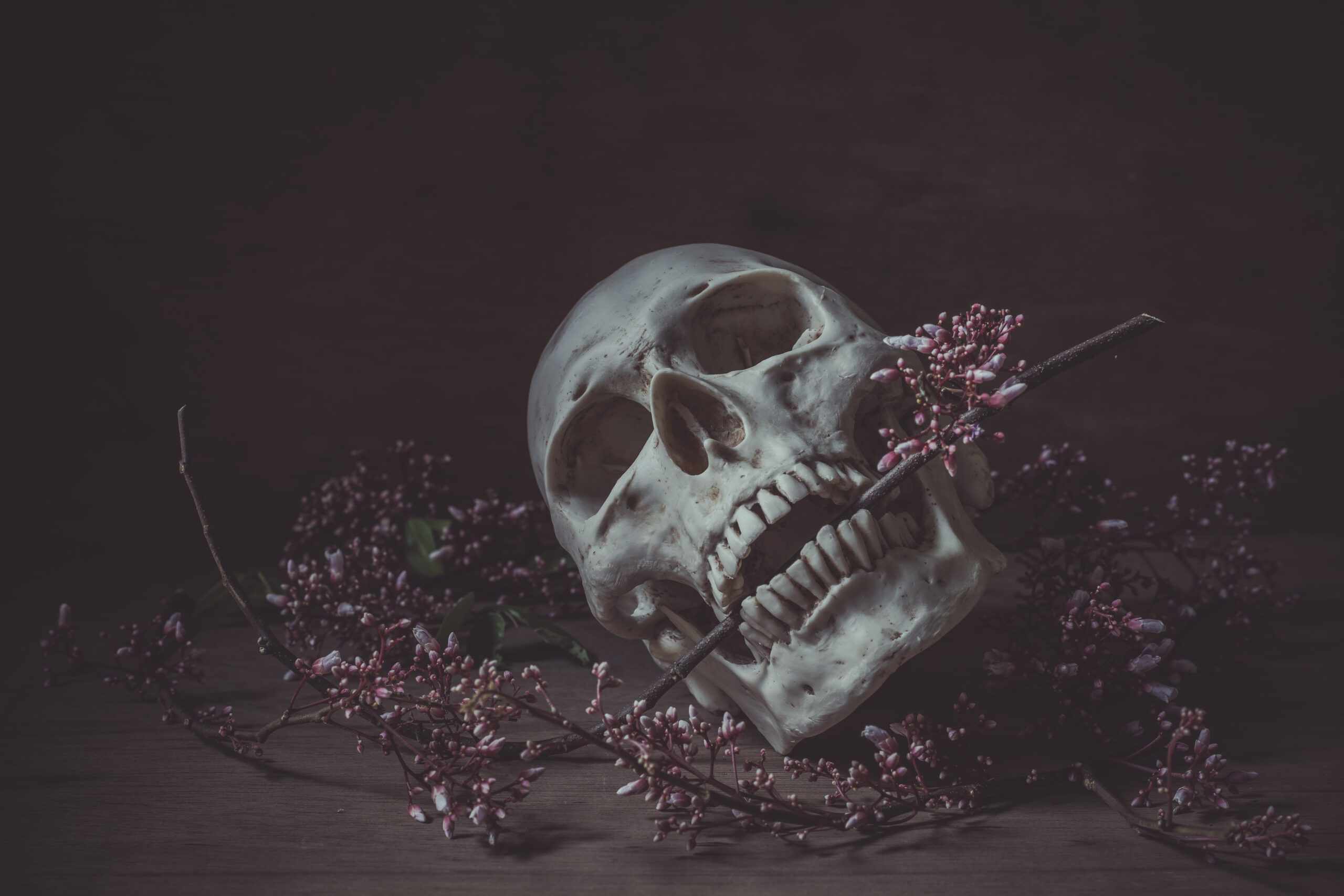 Mary’s the sort of girl most people don’t really notice. She sits in the back of the classroom, always scribbling in her notebook. She sits by herself at lunch, though you’re not sure she eats, because she’s still writing while the chaos of the cafeteria swirls around her.

You track her down on social media, picking her out among all the other Mary S. accounts. She only posts beautiful things, but if you dig a little farther, you realize they’re both beautiful and morbid—skulls and bones and decay, carefully arranged into something lovely.

She’s got quite the following online, other artists like her, all with the same aesthetic. The compliments they pay each other read like poetry, and you lose yourself in their world for a little while.

Mary shies away from you the first time you say hello. She’s not accustomed to people being friendly to her, nor is she much of a conversationalist. But she’ll listen as you talk, prodding you to continue with appropriate nods and sympathetic noises. You’ve tried just sitting in silence in her presence, but her pen is always rasping over paper when she’s not expected to participate in something, and even sometimes when she is.

You invite her over for dinner, because that’s what new friends do, even if it means exposing her to your family and siblings. You hope they’ll be on their best behavior if you bring home a guest. But it doesn’t come to pass, because she demurs, citing other plans.

She never invites you over to her house. Maybe her family is worse than yours.

You follow her home from school one day to find out. You’re not surprised to learn she lives in the old part of town, in a house that looks like it might only be held together by hopes and dreams. You’re relieved she’s never invited you over.

But you’re curious, and you’ve already come this far, so you skulk around the yard a bit, trying to get a glimpse inside her house. They say eyes are the windows to the soul, and you suspect it might work the other way around too.

The first level windows are mostly covered with thick, elegant draperies. The ground level windows, however, lack such coverings.

You wish they had been covered. It was easier to think of Mary as a shy, eccentric artist.

There’s artistry in what she’s doing, to be sure, but you never would have guessed all that scribbling in her notebook was not poetry, but rather plans.

Plans for a patchwork human, lying prone on a slab, electrodes and wires attached to various parts.

You really shouldn’t have followed her today. You didn’t need to see this patchwork human jolt to life.

You didn’t need it to notice you lurking outside the basement windows, transfixed.

You didn’t need Mary to see you there.

It would have been much better if you’d just left her to her scribblings.

Dawn Vogel’s academic background is in history, so it’s not surprising that much of her fiction is set in earlier times. By day, she edits reports for historians and archaeologists. In her alleged spare time, she runs a craft business, co-runs a small press, and tries to find time for writing. Her steampunk adventure series, Brass and Glass, is available from DefCon One Publishing. She is a member of Broad Universe, SFWA, and Codex Writers. She lives in Seattle with her husband, author Jeremy Zimmerman, and their herd of cats. Visit her at http://historythatneverwas.com.