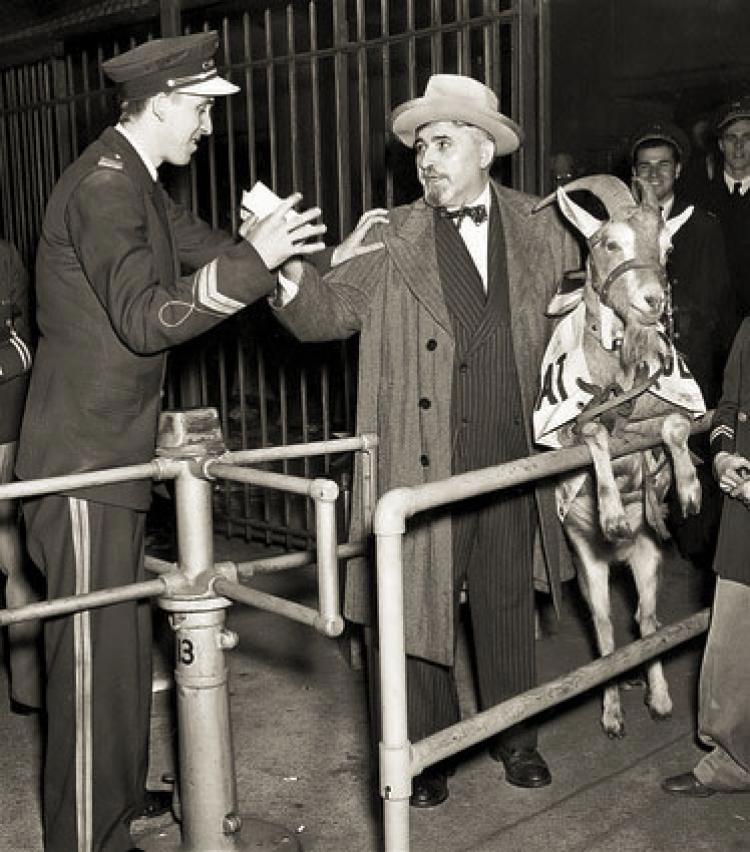 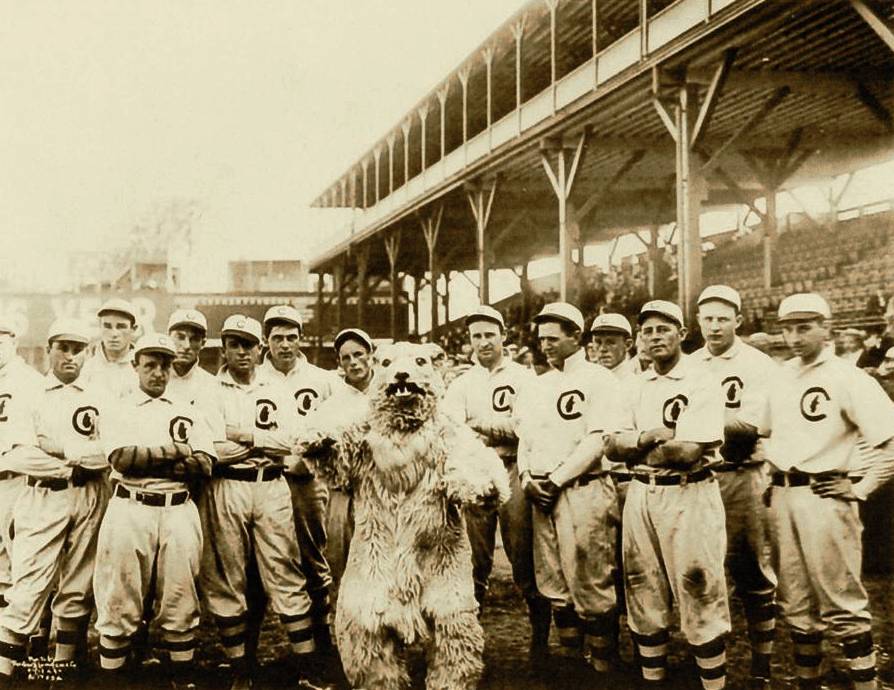 The Chicago Cubs have not won the World Series since 1908, the longest drought in Major League Baseball. Right behind them are the Cleveland Indians who last won a World Series in 1948. Both teams will meet on October 25th for Game 1 of the World Series in probably the most anticipated game in not just baseball, but sports history. 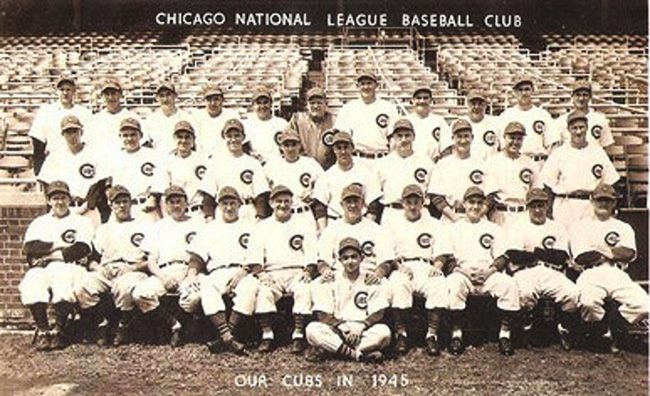 The Curse of the Billy Goat is probably the most famous of curses behind the curse of the Kennedy family. Between 1876 and 1945 the Chicago Cubs were one of the most successful baseball teams winning 16 pennants. Sporting Life newspaper called the 1908 World Series between the Chicago Cubs and the Detroit Tigers A Battle of Titans! The 1908 World Series was actually a rematch of the 1907 World Series where the Cubs played against the Tigers, winning four games to none. The teams met again in 1908 with the Cubs winning five games for their consecutive World Series title. 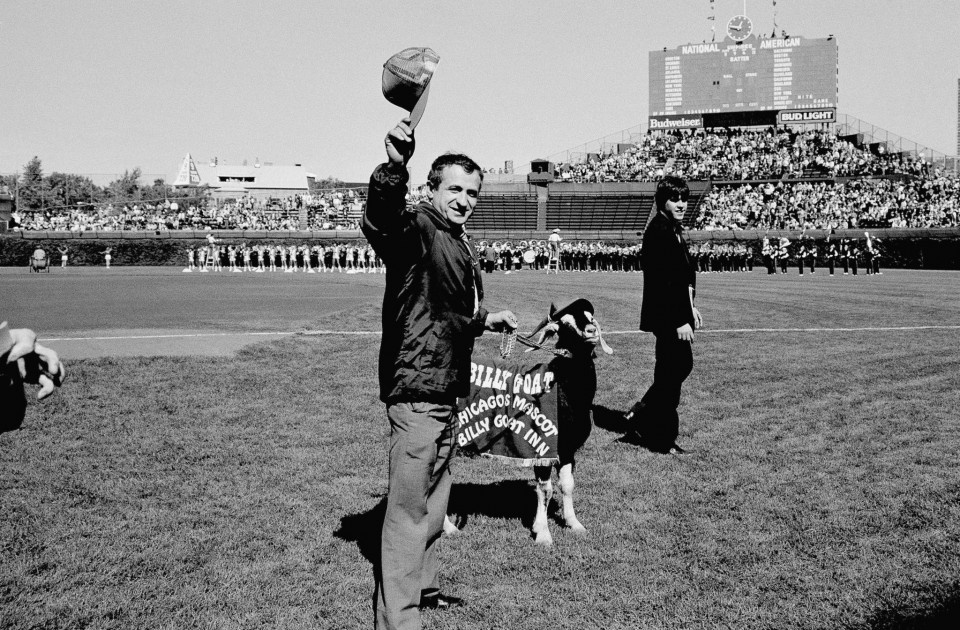 The owner of the Billy Goat Tavern, William “Billy Goat” Sianis purchased two tickets to game 4. One for himself, and one for his pet goat named Murphy. At the gate, Andy Fran, an usher stopped him saying that no animals were allowed. Sianis appealed to the owner, P.K. Wrigley who said it was fine for Billy to come in. When Sianis asked why not the goat, Wrigley replied “Because the goat stinks.” According to legend, Sianis threw up his arms and said “The Cubs ain’t gonna win no more. The Cubs will never win a World Series so long as the goat is not allowed in Wrigley Field.” 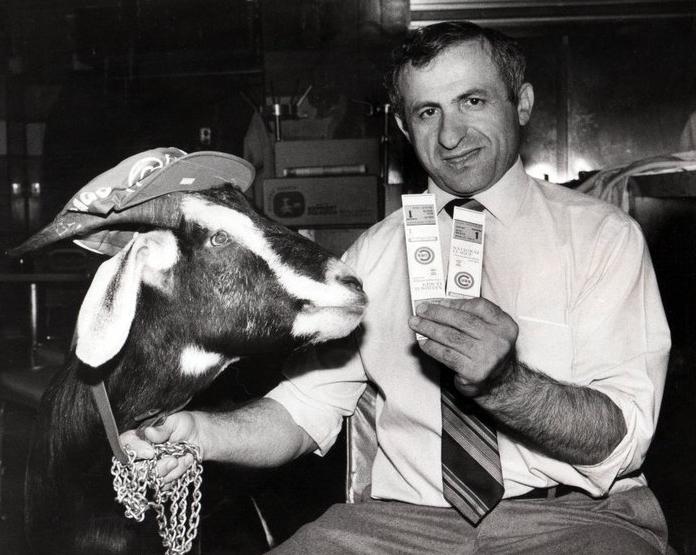 The cubs lost game four and were swept by the Tigers for the remainder of the series.

In 1969, a year before his death, Sianis said he felt better about it all and so lifted the curse…but the goat was not satisfied.

In 1973, the goat Socrates – a descendant of Murphy, along with Sam Sianis – a nephew of William, were escorted to Wrigley in a white limousine and walked down a red carpet towards Wrigley Field, but was again denied entrance.

In 1984, Sam Sianis and his goat were allowed to walk Wrigley Field where he raised his arms and said “The curse is lifted.” The Cubs failed to make the World Series that year, even though they were just one game away from winning.

1989, Sam and his goat walked Wrigley again in an attempt to beat the curse. No luck. 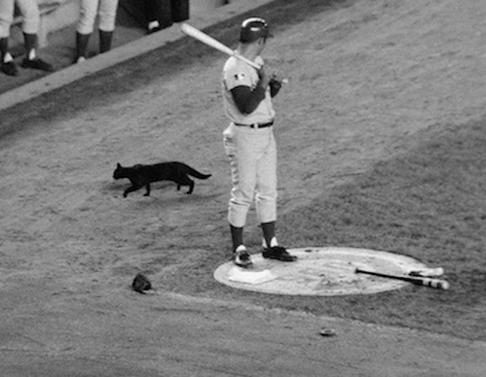 and more years of unfortunate events in past decades, including balls dribbling beneath people’s legs, black cats, and you name it.

So, has the cursed been lifted?

The Cubs are now walking into the World Series for the first time since 1945. For safe measure, should a goat be given a seat at Wrigley Field…just to be safe? We think so. Give the goat a seat!