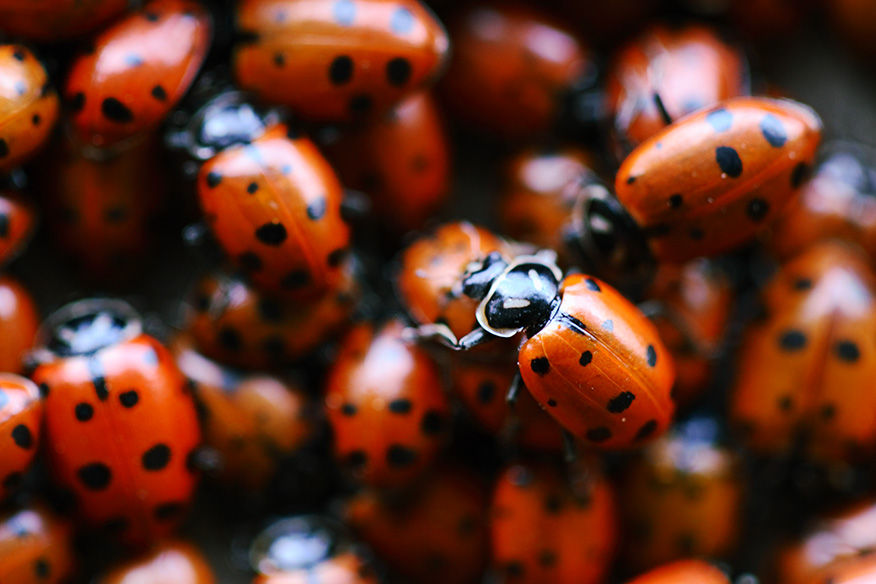 I was outside today and a ladybug fell on my shoulder. I was pleased by this seeing as how I have been quite ill lately and I hoped that the appearance of this creature would serve as a good omen. I was afraid to brush the ladybug away and so I just left her there as I dug up some weeds that had stubbornly appeared on an old grave site.

After I had completed this task I took a seat outside the shed for a rest. I looked down at my shoulder to find my ladybug companion had departed. The ladybug, or ladybird, or ladybeetle, has always been a favorite of mine around the cemetery. Oddly, there are one or two memorials that attract dozens and dozens of these bright red insects, and that too I would like to think is some sort of positive sign.

I am clearly superstitious thinking of things such as luck and signs and so then what about omens? People tend to think that the word omen is negative. However, an omen can indicate either something good or bad.

Throughout history people have always looked to signs and symbols as indicators to predict future outcomes. The ancient Roman’s had people who served specifically to read flights of birds or processes during animal sacrifices to determine events to come. Even astrological events such as the full moon or eclipses are looked at by some, even to this day, as omens.

Many of us find comfort in signs and symbols throughout our day, hoping for luck and overall good things to come.