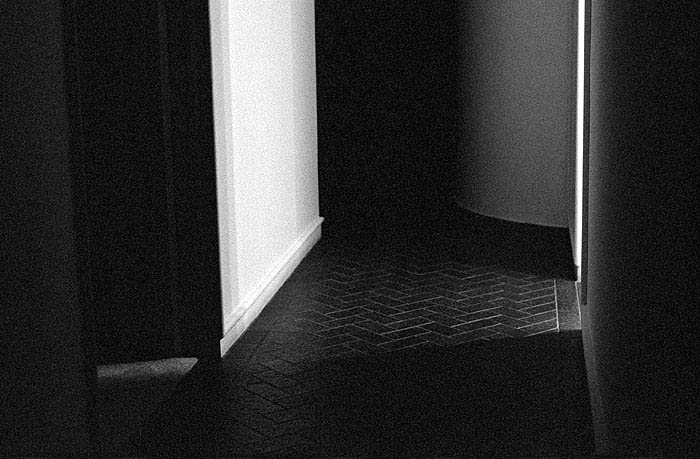 I made a rare venture outside of Burial Day Cemetery to the grocery store. Being in crowded places, around many people and many things, gives me anxiety. I like the quiet. However, it was very late, thirty minutes or so before the store closed, and so thankfully I was able to manage around the aisles without a panic attack. Before leaving, I made another round through the produce section and was fascinated with a coconut. It had been some time since I had a fresh coconut. So I took it home with me.

At home I put away my groceries quickly as I wanted to look through the cemetery grounds once more before morning. Before I did I went into the kitchen to cut open the coconut to enjoy its water. As I was reaching for the knife the Undertaker entered. He was in his dark, black suit, and was stone-faced as usual. Yet, there was a strange gleam that flashed in his eye the instant he saw the coconut.

With the most dead of expressions he sang the words “Sleep child, sleep now or else the Coco will come and eat you.”

And then he left.

I looked at the coconut. The three dark holes on its lighter brown exterior gave it the impression of having two eyes and a nose. It almost resembled a skull, I thought.

In Spain and Latin America they do not call him the boogeyman. There, they call him something else. Throughout Spain and Latin America they have Coco, El Cuco, or El Cucuy.  It is believed that the word “Coco” originated in Portugal. The term comes from “Coconut,”  but it is also believed that the term “Coco” is comparable to a pumpkin (think a carved pumpkin). Some people refer to a persons head as a “Coco” in some contexts and so this is why the term could also be analogous to a pumpkin.

The little nursery rhyme the Undertaker sang to me is one that dates back to 17th century Spain. Spanish parents would sing to their children before bed:

Essentially, the Coco is the boogeyman. He searches for disobedient children to kidnap to his dark world. There he will keep them prisoner, or eat them. Like the bogeyman, there is no definable feature of the Coco. In Spain, he was typically thought to live in the shadows and also could emerge from the shadow as a dark shadow.

With the Spanish conquest the legend of the Coco spread wherever the Spanish landed. Today, the legend is prominent in places such as Argentina, Chile, the Dominican Republic, Mexico, Puerto Rico and many more throughout the Americas. His name also varies in some Spanish speaking countries. In Mexico he is El Cucuy. While in Puerto Rico he is called El Cuco.

Even in a country as large as Mexico stories of El Cucuy vary. In some areas he does have a distinct form. In some parts of the country El Cucuy is thought to look like a vicious little person with red eyes that glow out from under beds and in closets. He also is not just isolated to Mexico. Stories of El Cucuy are told every night in the American Southwest and all over the United States where Mexican and Mexican Americans live.

I looked at my coconut once more and I put the knife back in the drawer. I thought it would be more enjoyable to slip the coconut in the Undertakers bed before he went to sleep to give him a good fright.