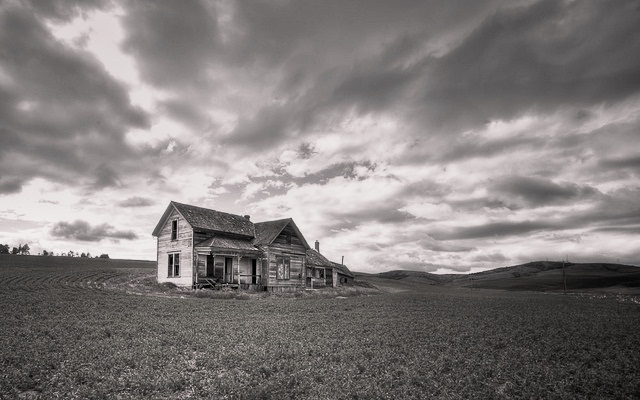 We are pleased to welcome 2013 with a horror poem by Allen Griffin.

Allen Griffin has appeared in Theory Train, Indiana Horror Anthologies 2011 and 2012, and several other cool places. He also has pieces forth coming in Innsmouth Free Press and several anthologies including Modern Lovecraft and Grave Robbers.

I always thought I wanted to know the truth

To find the shred of evidence standing between skepticism and belief

I read every book and spoke to every traveler

On the lonely road of searching

I uttered every strange syllable

And performed every arcane ritual

Years passed and I persisted; passion a virtue shed long ago

Late one night, thumbing through another stack of dusty old tomes

I acquired through the great sacrifice of my material comforts

I found the old map stuck between yellowed pages

Never finding its way to flames

I knew the roads which it portrayed

The oldest in the region, long forgotten

Even the farms faded, abandoned and overgrown

Dead to the world; but I followed the route

More from habit than hope; no stone left unturned

I followed the gravel turn-off that tunneled through the forest

Making its way so deep into the woods

How long since others had passed this way?

The trees were silent to my inquiry

Standing sentinel to the clearing, not daring to approach the structure

The house shared its blueprints with madness

Its walls too thick; something about it looked…heavy

As if anxious to collapse in on itself

The shadows had shadows, each with stars shining within

A cosmos tucked into every corner

Doorways to other worlds never meant to be seen

Places where math and gravity collapsed

Worlds where darkness reigned eternal and hope was the punchline

Of a great cosmic joke

I quickly became lost, desperately searching for a way out

Trying to trace my steps to the door that led outside

But all my eyes revealed only abyss

The walls pulsed as if alive

The shadows stabbing gaping wounds in my psyche

My sanity bled out

Huge slabs of blasphemous meat equaling the size of any man

I ran blindly through the house, bouncing off breathing walls

The universe cackling at my expense; the worms in the walls

Joining in the farce

Unconcerned with the jagged teeth of glass biting into my flesh

In a sense I did survive my ill-advised adventure

Yes, I now have the evidence I sought for so long

To see the things I have seen

But those carnivorous worms eat at sanity

Like a desiccated corpse long ago laid to rest

No one believes me, the story I have to share

Is curiosity not our inheritance?

Let us then learn this line of inquisition, much like life itself,

Is a road only the damned shall walk.

One thought on “The Worm House”